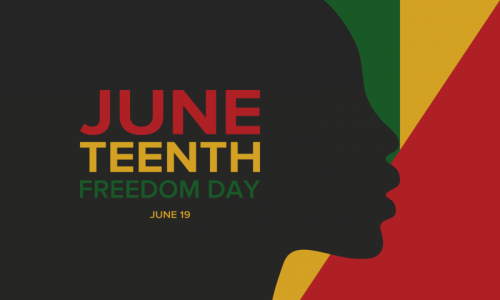 On June 19, 1865, Union troops made their way to Galveston to share the good, albeit late, news: “All slaves are free.” The announcement came nearly two years after President Abraham Lincoln signed the Emancipation Proclamation, which declared all enslaved people free in 1863. However, many enslavers, including those in Galveston, failed to acknowledge their freedom.

On Monday, June 20, the University of Houston-Downtown Black Student Association (BSA) will host a BBQ cookout to celebrate Juneteenth and Father’s Day. The event marks the student organization’s first year back on campus since the start of the pandemic and the second year, June 19, also known as Freedom Day, is recognized as a federal holiday. The event is open to UHD students, family, friends, and alumni, 2 - 5 p.m., June 20 in the Academic Building, Room A300.

Honorary guest speakers will include Dr. Vida Robertson, Associate English Professor and Director of the Center for Critical Race Studies, Dr. Randall Murphy, Adjunct Professor of Child Psychology, and Tremaine Kwasipui, Director of UHD Student Activities will speak on the importance of Black excellence and positive father figures in the Black community followed by a Q&A session. The event will also include a brief ceremony recognizing BSA members for their service.

“This year, we wanted to commemorate Juneteenth in an unforgettable way because after the Black Lives Matter Movement started in 2013, the series of broadcasted black murders (of innocent youth and adults), and extreme hate crimes on social media, we needed something joyous to celebrate our freedom,” said Miko Ese, BSA Vice President. “It was only until recently that Juneteenth became an observed national holiday, along with various anti-hate crime laws, such as the anti-lynching law.”

This event is made possible with the support of the UHD Student Government Association and UHD NextGen.

“Celebrating history is important for us to continue moving forward,” Kwasikpui said.

Attendees must register for the event online. For more details, contact BSA@uhd.edu.