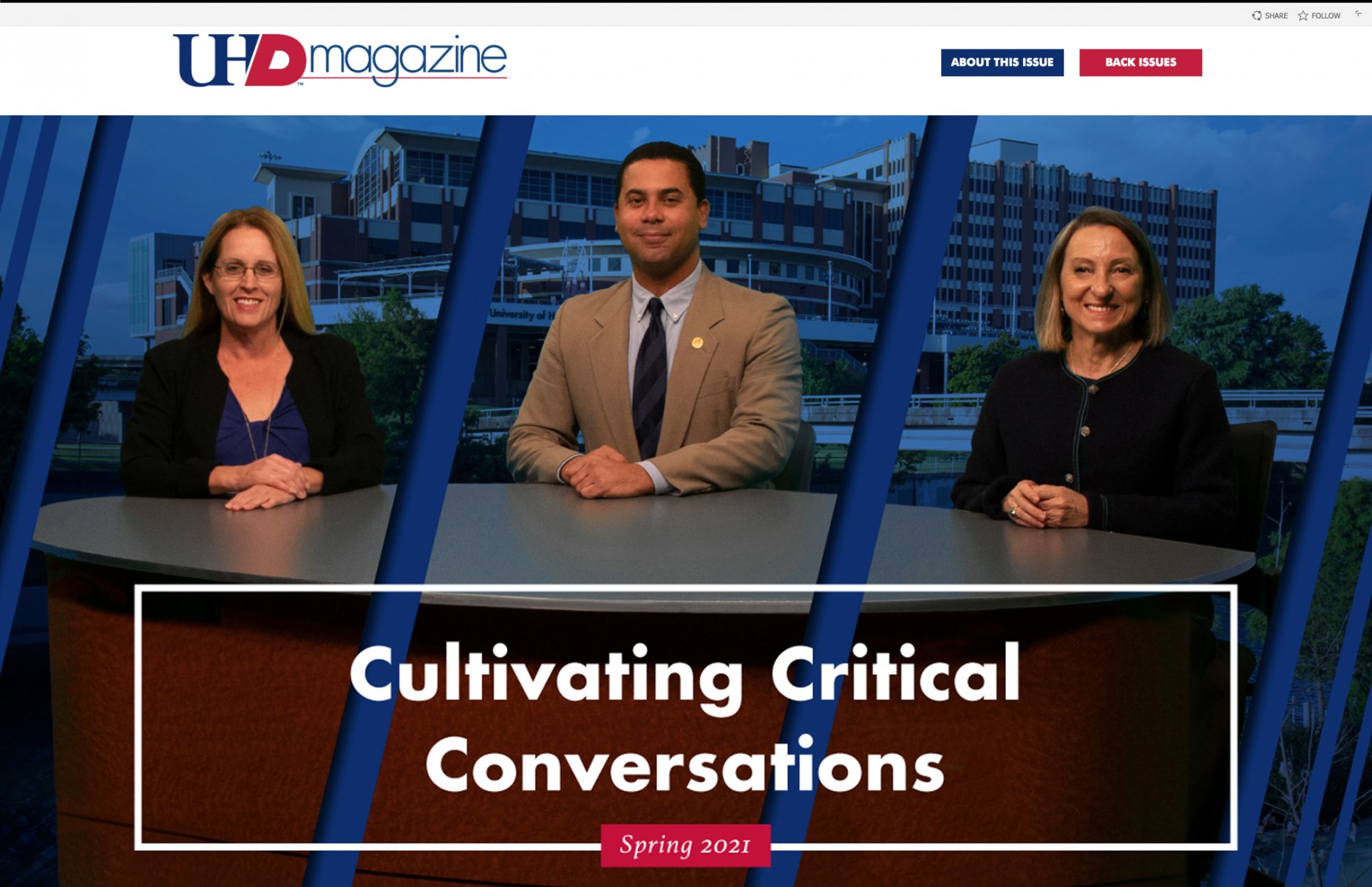 The Division of Advancement & University Relations is proud to introduce the new interactive online edition of the UHD Magazine.

A traditional hardcopy of the magazine is usually published, however, this spring, the UHD Magazine is online with multimedia content and videos accompanying selected stories.

In this issue, read how UHD’s Center for Critical Race Studies is leading the charge for change and understanding in “Academic Activism”; revisit UHD's history-making campaign in “UHD Here, We Go!”; meet Loren J. Blanchard, incoming UHD President, and discover UHD's “Voices of Reassurance,” who provided guidance to the public during the earliest days of the pandemic.