UHD Graduate Proves Everyone Has Power to Shape the Future

Brandt Wild Uses Youthful Mishaps to Fuel His Next Steps 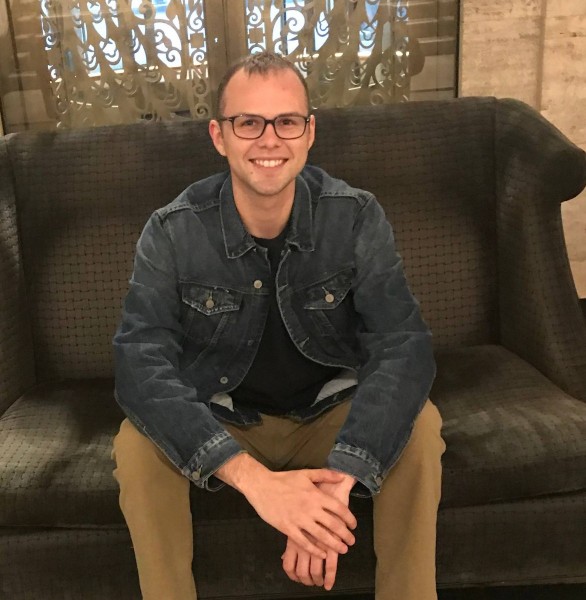 For many people, the college experience can be a transitional time in life. For Brandt Wild, a member of the Class of 2021 at the University of Houston-Downtown, it was nearly a life-saving experience. As the 24-year-old graduates with honors with his bachelor’s degree in Philosophy from the College of Humanities & Social Sciences this week, he recalls how different life was for him in his teenage years.

“Prior to my higher education, I went to jail. I was running with the wrong crowd and making the wrong choices. I dropped out of high school in the 11th grade, and I got in trouble with the law. That was the turning point for me,” he said. “Part of my probation included community service; it provided structure for me.”

As he learned to discipline himself, he knew he had to make strategic decisions for his future, including earning a college degree. He enrolled at Lone Star College-Cy Fair to complete an associate degree. He also showed an interest in the institution’s Honors program, and within a few years, it was time to look at a 4-year university to finish his academic journey.

He immediately gravitated toward UHD to complete the task.

“UHD has a really good program for Philosophy, and I wanted to stay close to home. I wanted to save as much on tuition as possible and remain economical with the idea that law school is in my future,” he added.

That decision proved wise for Wild. UHD’s tuition rates are the most competitive in the region. In addition, programs like the Center for Community Engagement and Service Learning (CCESL) as well as the University Honors Program were major draws for Wild.

Through CCESL, he was able to partner his lessons learned from probation with his future endeavors in a positive way. Among his philanthropy, he has volunteered with animal shelters, elementary schools and city organizations. Thanks to his involvement, he was rewarded with a Community Engagement Grant and was given the opportunity to present his work at the Gulf South Conference and the Community Engagement Showcase.

Further, he has taken part in Texas Rising and spoke at the Texas Capitol last month to testify in front of legislators against a bill aiming to ban transgender children in sports. Texas Rising, part of the Texas Freedom Network, is a movement of diverse, politically engaged Texans under the age of 30 who are working to leverage their power through community organizing, electoral politics, and public policy advocacy.

“What I’ve learned is the importance of giving back and the difference volunteers make for nonprofits,” he said.

His other interest – the UHD University Honors Program – provided the perfect fit for Wild’s intellectual pursuits. Through the program, he shaped a curriculum that allowed him to study and be involved with LGBTQ causes in the City of Houston.

“The focus of my undergraduate research has been LGBTQ inequities which I believe will one day aid me in my professional journey,” he said.

One of his current projects involves developing a closer relationship between the city and the LGBTQ community.

“We’re in the beginning stages of implementing an LGBTQ liaison for the city. We already have one for the police department, and we wanted someone who could be an ally outside the department too. I interviewed two nonprofits who had already done this process to start my research, and I created a questionnaire based on the organizations’ experiences,” Wild said.

Wild’s efforts have not gone unnoticed. He recently was nominated to join the Mayor’s LGBT Advisory Board, and he will officially be inducted this summer.

The experience will undoubtedly bolster his application packet when he applies for a graduate program. Currently, Wild is working with Amazon and preparing for the LSAT to enter law school and to work as a civil rights attorney.

UHD Graduate Proves Everyone Has Power to Shape the Future