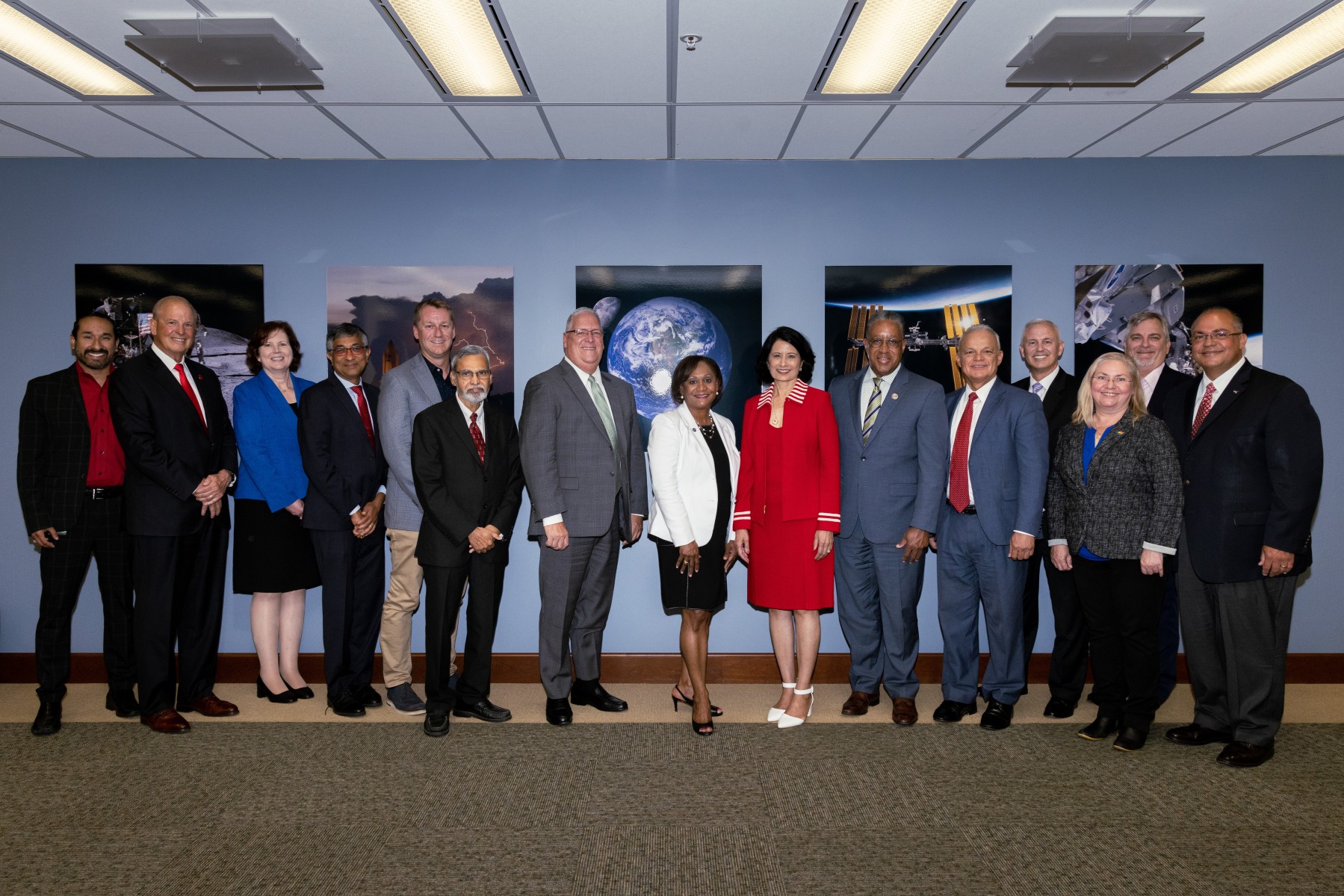 “Houston is ‘Space City,’ so it’s important for students and faculty in relevant disciplines across the UH System to have opportunities to engage in and be exposed to real world space-flight-related research and technology development with NASA,” said Khator. “These are the kinds of projects that shape lives and create innovations for the greater good.”

Areas of interest for this partnership encompass science, engineering, technology, and business disciplines that are vital for human and robotic spaceflight missions, aerial and ground-based research, including data analytics, cybersecurity, and other emerging technologies – all areas facing critical workforce shortages. Entrepreneurship students at UH, for example, are currently working to commercialize various NASA technologies.

Engaging in this partnership with the UH System will enable Johnson Space Center to reduce gaps in mission-relevant technology development essential for future human spaceflight missions and inspire and engage students in aeronautics, space, and science, according to Wyche.

“NASA’s Johnson Space Center has a long history of working with colleges and universities, since the early days of Mercury, Gemini, and Apollo programs, to help us achieve our human spaceflight missions,” Wyche said. “We are eager to partner and collaborate with the University of Houston System in vital research and technology development initiatives that will enable us to meet our nation’s exploration goals and advance human spaceflight as we work to land the first woman and first person of color on the Moon under Artemis.”

UH System universities have collaborated with NASA for more than a half century on various educational and outreach endeavors, most recently with UH’s Subsea Systems Institute, but this renewed focus will broaden the scope of opportunities across the UH System.

The NASA Office of STEM Engagement will work with UHD, for example, to target students (pre-service teachers) primarily in the College of Public Service’s Department of Urban Education to identify learning opportunities and provide connections to NASA’s missions and work through seminars, campus-wide open houses, classroom visits, and more.

UH-Clear Lake and NASA, given their close geographic proximity, have had a symbiotic relationship ever since the Manned Spacecraft Center (now Johnson Space Center) was formed in 1961. Collaboration on academic programming and research will only expand under the new system-wide agreement.

Work On Campus!
Sales Tax Holiday Weekend Aug. 5-7
UHD In A Minute: July 28
Marilyn Davies College of Business Hosts Power On Heels Event
Taking It To The Streets: UHD Fuels Up For Gator Roadshow
UHD AMA Chapter Named Student Organization Of The Year
Some modules are disabled because cookies are declined. Accept cookies to experience the full functionality of this page.
ACCEPT COOKIES
We use cookies to optimize the website, no personal information is stored. Learn more
DECLINE COOKIES ACCEPT COOKIES