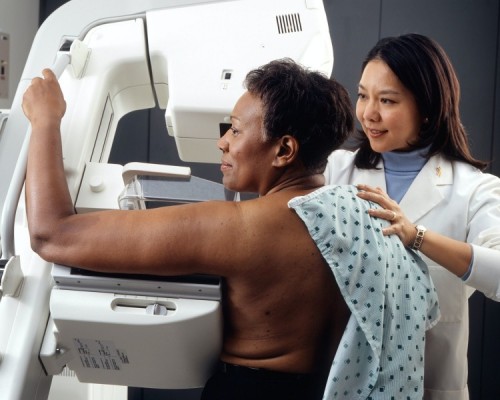 Approximately 4 million women worldwide have been diagnosed with breast cancer. Thanks to medical advancements during the past 10 years, the road to recovery has become easier for survivors, but some populations continue to face barriers when it comes to treatment and aftercare.

The study “Empowered Choices: African American Women's Breast Reconstruction Decisions” was recently published in the American Journal for Health Behavior and illustrates Black women’s decision-making processes when considering breast reconstructive surgery as well as the challenges they face in receiving information and support when considering this procedure.

Among the researchers involved with this study is Dr. Shahnjayla Connors, UHD Assistant Professor of Health & Behavioral Sciences.

“Black women already have the increased burden of having a higher mortality rate when it comes to breast cancer,” she said. “The lack of access to breast reconstructive surgery can be a problem for survivorship. This is an issue that needs to be addressed, and I’d like to ensure that Black women have this option.”

So, why do Black women face barriers when it comes to receiving this treatment?

The recent UHD-UH study interviewed 23 Black women as to why they elected the procedure or why they did not. Of those surveyed, 17 participants did receive the surgery and the remaining six opted not to undergo breast reconstruction. As the journal article’s title indicates, “empowered choices” was the overarching theme that emerged when researchers analyzed the responses.

“Empowered choices” represents these women’s decision-making processes focused on physical and psychological empowerment, informed and shared decision-making and the support of communities such as their respective places of worship and Black survivor groups.

Among the factors informing decisions in the existing literature such as pamphlets and brochures aimed at informing patients about reconstructive surgery. Connors and her fellow researchers point to a lack of diversity and representation within educational materials and decision aids as a structural challenge for African Americans.

“They don’t see themselves in these publications” Connors said. “They feel excluded from the process. It is important that educational materials are culturally competent.”

Additionally, Black women often are simply not made aware of breast reconstruction as an option following a mastectomy, Connors said. Prior research has indicated that Black women are less likely to have this procedure offered to them.

“We need to determine if this is a problem of preference or if it’s more of a structural problem in which Black women are systemically not provided access to breast reconstruction,” she said. “And there are many issues that contribute to this lack of access. It could be they are not receiving information from their respective doctors or cancer centers … or there may be competing needs such work and family obligations that take precedent over the surgery and its recovery time.”

Other factors that affected the participants’ decisions to either undergo or forego this procedure included insurance. Many women, Connors said, are unaware that the Women’s Health and Cancer Rights Act influenced legislation supporting insurance coverage of breast reconstructive surgery.

“If insurance covers a mastectomy, then this law requires that one’s insurance also cover reconstructive surgery,” Connors said. “But it depends on the type of insurance patients have, as well as deductibles.”

Women also pointed to cancer survivors’ support groups as motivating their decisions. Connors said these groups are critical in providing information and guidance as there is a sense of kinship, trust and reassurance among members.

Reconstruction surgery was at one time considered a cosmetic procedure, but Connors said that the procedure is now very much part of survivors’ recovery. She said, however, it is imperative that women are informed of this option before undertaking a mastectomy.

“There hasn’t been a lot of research centered on decision making among Black women when it comes to breast reconstructive surgery,” Connors said. “We hope this paper helps promote education for survivors. It’s a very personal decision for women, but Black women should be aware of this option.”