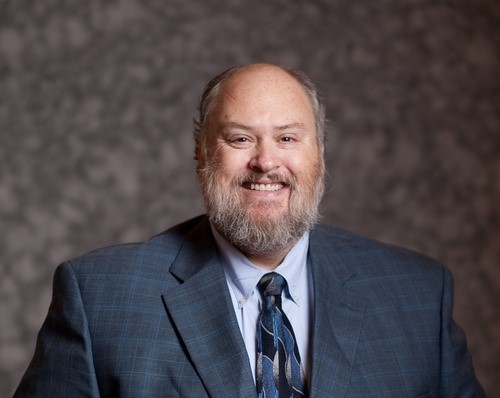 It is with sadness that I announce the passing of the University of Houston-Downtown’s former Interim President, Dr. Michael A. Olivas.

While I never had the opportunity to personally interact with Dr. Olivas outside of regular phone conversations, I know that many of you did. Through the many wonderful accounts I have heard as well as his historical achievements during his time here, Dr. Olivas’ impact at UHD will remain a testament to the value he instilled in our University. His passion for UHD and its mission was something made clear by his unyielding work to elevate the University amongst the city and region.

Dr. Olivas was selected by the University of Houston System Chancellor Dr. Renu Khator to take the helm as Interim President at UHD in 2016 throughout early 2017. His most notable achievements as Interim President included a $10 million gift that named the Marilyn Davies College of Business; the purchase of a 17-acre land parcel north of the campus’ One Main Building; and articulation agreements with Houston Community College and Lone Star College aimed at helping students smoothly transition from a two-year to a four-year university setting.

The work he performed during his time at UHD will always serve as a reminder of his legacy and his determination for the University of Houston-Downtown to succeed.

Further, Dr. Olivas’ dedication to the University of Houston System spanned nearly four decades. For 38 years, Dr. Olivas served as a faculty member at the UH Law Center, culminating in his being named the William B. Bates Distinguished Chair of Law and Director of the Institute for Higher Education Law & Governance.

When he was not heavily engaged in academia, he focused on music. I have heard many stories about his love of rock music. Dr. Olivas hosted a radio show called “The Law of Rock and Roll,” on the Albuquerque National Public Radio station KANW where he reviewed legal developments in music and entertainment law, appearing as "The Rock and Roll Law Professor.”

This is a perfect example of the type of person so many of you described him as … a noted scholar who also possessed an approachable, human touch.

I speak for the UHD Campus Community when I state how saddened I was to learn of Michael’s transition today, but I know his influence over UHD’s history as well as the countless faculty, staff and students’ lives whom he touched will always be remembered. I’ve requested the flags to be at half-mast in his honor.

We are deeply appreciative for everything Dr. Olivas accomplished during his time at the University of Houston-Downtown. Accordingly, we celebrate his well-lived life as we keep his wife, Augustina, and their family in our thoughts and hearts.