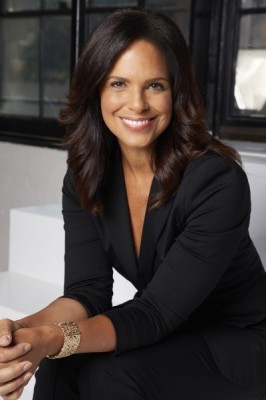 Award-winning journalist Soledad O’Brien has covered individuals and events that have left indelible imprints on the world as we know it. Soon, she will lend her voice to another transformative moment, the University of Houston-Downtown's 69th Commencement Ceremony.

O’Brien, a noted broadcaster, producer and CEO of Soledad O’Brien Productions and Starfish Media, will serve as UHD’s Spring Commencement speaker during its virtual ceremony at 1 p.m., May 15. The event will be conducted virtually on both Facebook and YouTube.

“Just as she has been a part of so many life-changing moments in our nation, Soledad O’Brien joins UHD for another significant event … our spring graduation,” said UHD President Loren J. Blanchard. “Her presence certainly adds to the excitement and energy of the upcoming commencement exercises, and I know her words will leave a lasting impression upon our graduates, their families and the rest of our UHD Community.”

O’Brien has served as a reporter and producer for CNN, PBS, NBC, HBO and other major networks. Her CNN documentary series “In America” (including “Black in America” and “Latino in America”) earned critical praise and inspired speaking tours addressing race and social justice.

Her talents also extend to print media, and her books “The Next Big Story” and “Latinos in America” have earned praise from peers and the public alike.

O’Brien hosts the nationally syndicated public affairs program “Matter of Fact” and continues to contribute op ed pieces for the New York Daily News and Huffington Post and serves as Philanthropy Editor for Worth magazine.