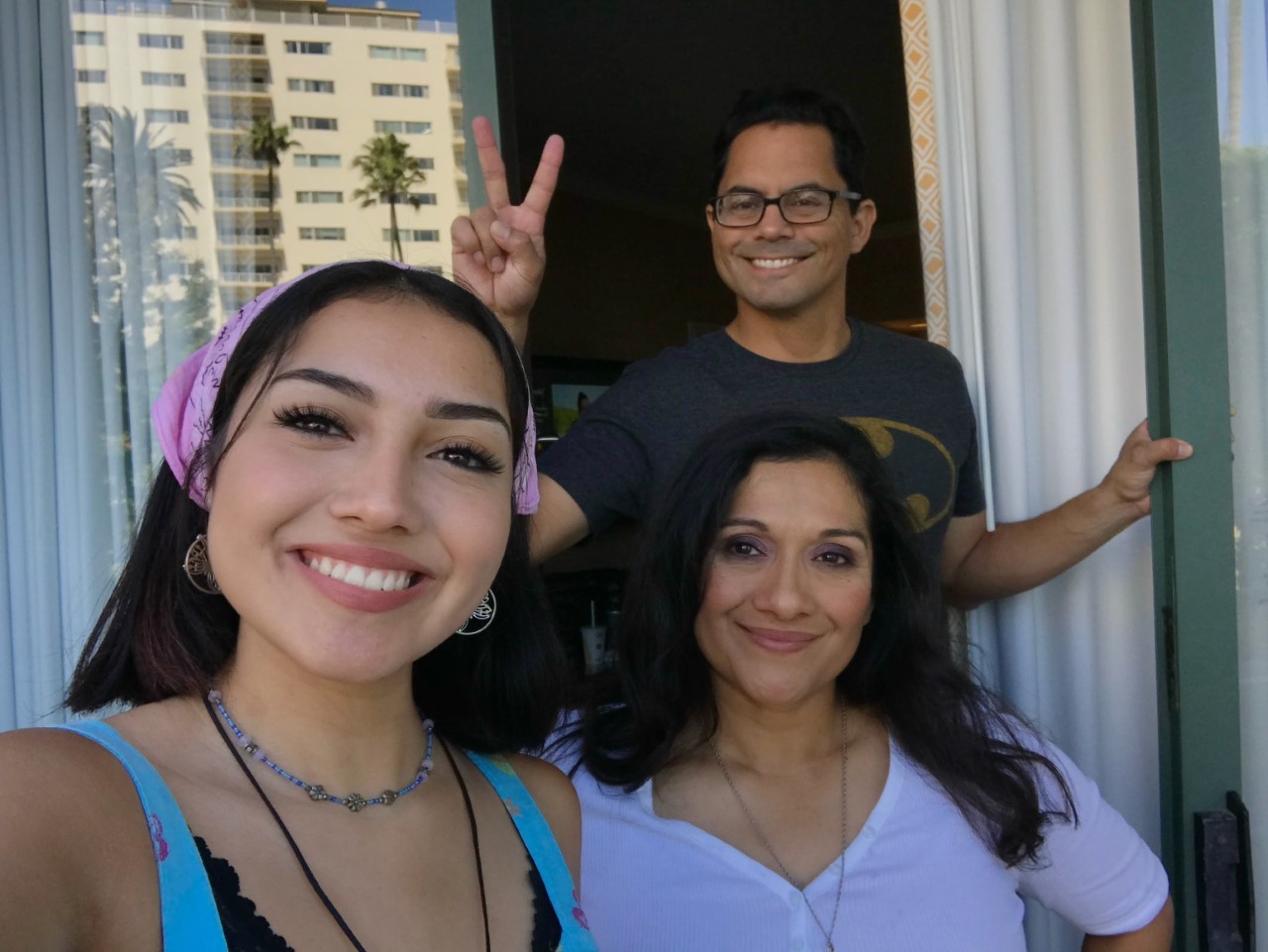 Ever since Mia De Los Reyes was a young child, she remembers her father’s impassioned conversations about school and why it was important to go to college.

Mia’s father, an elementary school teacher, and mother, a contract systems engineer at NASA, worked hard to make sure that she and her siblings had an example to follow in pursuing their dreams.

“My dad has been a kindergarten to second-grade teacher most of my life, so he’s always been big on talking about the importance of college,” she said.

The vision started early and long before she and her siblings came along.

Mia’s Mother, Abigail De Los Reyes, had just married her father, Jose, and knew she wanted a life filled with opportunities and a career she could be passionate about, so she made a plan to pursue her bachelor’s degree at UHD.

During undergrad, she quickly became involved in school activities and the campus community. She was active in several student organizations and held roles as secretary and president of the Latin-American Student Services Organization (LASSO).

Even though it was a commuter college, UHD quickly felt like a second home.

“I appreciated that it was like a family,” Abigail said. “You had people to share your life with, people to connect with, but not just that. We had a common objective in mind — to empower the people around us, help others, and promote education within the Latin-American community.”

Abigail’s brother and two sisters also followed in her footsteps by attending UHD after she enrolled.

“My brother, Angel, was a trainer at the campus gym and my sister, Ruth, also came on board and became certified as a personal trainer here,” Abigail said.

The next goal was getting her husband, Jose, on board. He had already started college but had decided it wasn’t for him. However, Abigail was determined to help him change his mind.

“Every couple of weeks, I begged him to go back to school and finish his degree, and he would say ‘No,’” Abigail said. “Then one day, he decided to register. Once he took his first class that was it. He was on a roll. It took him about 10 years to finish because he was working full-time and taking a few classes at a time, but he’s grateful that I pushed him because it opened so many opportunities for him.” After more than a decade, Jose graduated with a degree in Interdisciplinary Studies with a focus in Bilingual Education. Around the same time, Abigail received her degree in Electrical Engineering and Technology.

Now, almost 23 years later, their daughter, Mia, is starting her first semester at UHD after graduating high school a year early with the help of a dual credit program through San Jacinto Community College and Clear Creek ISD.

Though Mia’s parents are UHD alumni, she made the decision to attend the University on her own.

“I really appreciate the diversity at UHD completely,” Mia said. “I think it’s cool to be around people of so many backgrounds, to see how big Houston really is and how much the city has to offer. I think attending UHD will help me appreciate my roots in our city more and gain more self-confidence as a person.”

Mia, who is studying Communication Studies, is already putting her passion to work as a media assistant in the UHD Sports & Fitness.

“It’s really cool that my parents received their degrees from UHD and established successful careers in Houston. . . that’s really inspiring to me,” Mia said. “It’s also nice that my aunts and uncle also studied here. It gives me a confidence boost I know I can succeed here.”