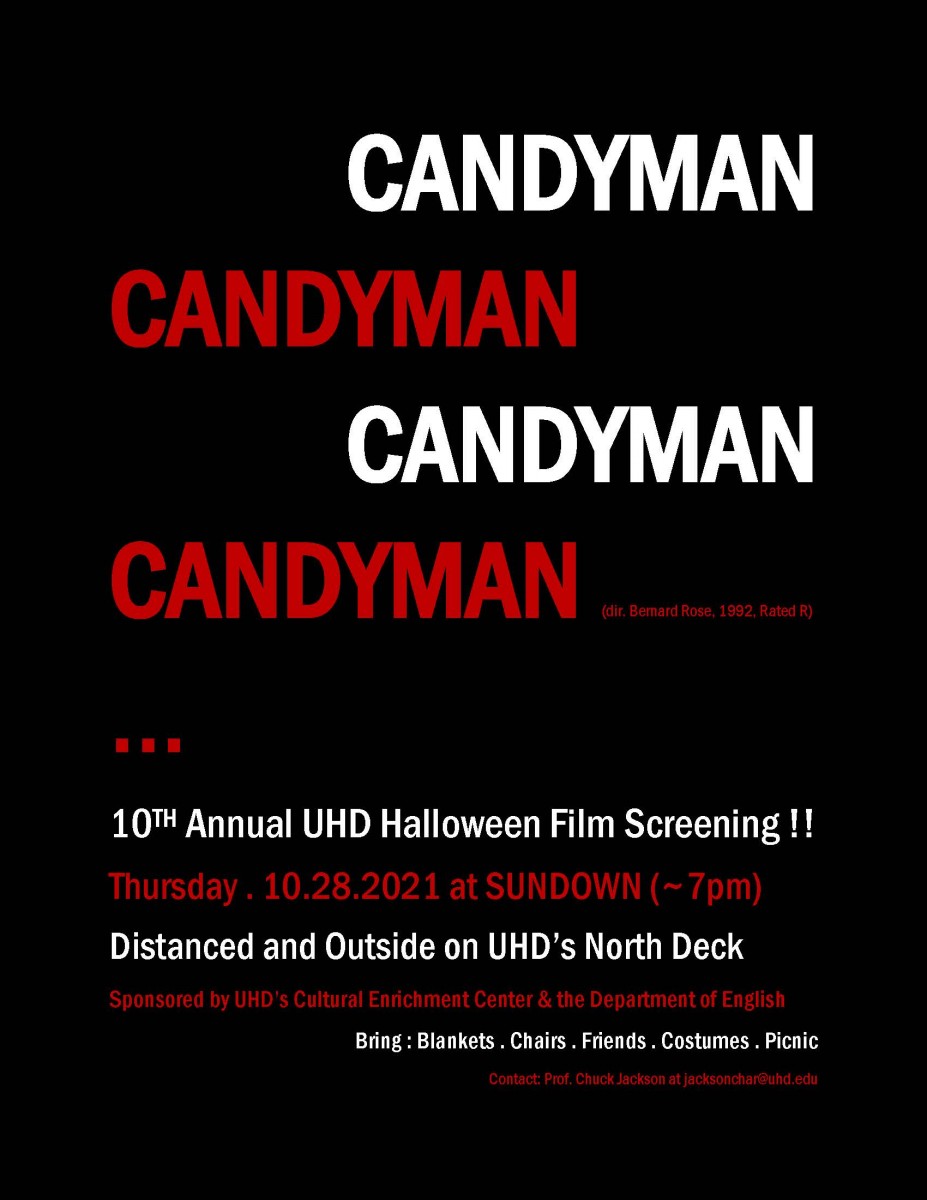 Bernard Rose’s 1992 film, “Candyman,” is considered one of the greatest slasher films in the genre. The film follows the story of Helen Lyle, played by Virginia Madsen, as she follows the urban legend of Candyman in this classic horror film.

This film is the centerpiece for the 10th Halloween Outdoor Screening for UHD. The event is open to the public and will be held on the North Deck at 7 p.m., Oct. 28. The audience is encouraged to bring blankets, chairs, costumes and a picnic to the screening.

Dr. Chuck Jackson, Professor of English, once again curates UHD’s Halloween Screening and selected "Candyman," a film that has been both popular and polarizing with critics and audiences.

Jackson said that the original “Candyman,” as directed by a white man, has been criticized by scholars and critics for the racial stereotypes found in the film's characters. In light of this, on Aug. 27, a direct sequel was released, co-produced by acclaimed writer and director Jordan Peele (“Get Out”).

In the end, Jackson’s hope is that audiences will view both versions and arrive at their own conclusions on the original version and Peele's newest offering.

One of Jackson's students will introduce this film to explain why this 30-year-old film is critical to watch in 2021.

Due to COVID-19, the audience will be properly socially distanced with their seating arrangements on the North Deck. Audiences should be advised that the event is subject to be canceled due to inclement weather.