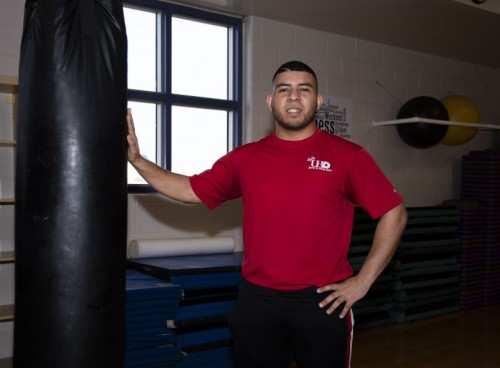 This month’s Alumni In The News highlights an alumnus who is getting creative in helping people achieve their fitness goals and one alumna named to a new leadership post for the City of Houston.

His creative routine has caught the attention of many, including local stations KHOU and Fox 26 Houston.

Ortiz became a certified trainer while earning a bachelor’s degree in Health & Behavioral Science at UHD. In fact, he was selected as one of Houston's Top Fitness Pros by the Houston Chronicle in 2020.

In his Instagram and Facebook videos, Ortiz twirls the rope through one leg at a time, creates a makeshift lasso and performs a variety of other high-energy moves. The videos, at times are set to music, have become quite popular among his social media followers.

Ortiz has transformed this mode of exercise into an art, but he only picked it up last year.

“Around November 2019. I noticed two students jumping rope at UHD’s Jesse H. Jones Student Life Center,” he said. “I was amazed by their balance and coordination. I started (jumping rope) right away. The breakthrough was actually looking at jump rope techniques on YouTube. The searches moved to Instagram, where there is a huge community of people posting their jump rope videos.”

His biggest advice for anyone wanting to stay in shape is to make exercise fun.

“Fitness is a hobby,” Ortiz emphasized. “Find something you enjoy and stay with it, but also try to encourage your friends and family to exercise too. Anything that a person does with passion can help inspire others.” 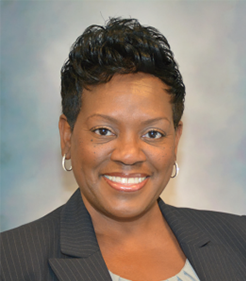 In December, Mayor Sylvester Turner announced the appointment of UHD Alumna Carolyn Wright as the Interim Director of the Solid Waste Management Division (SWMD) for the City of Houston.

The announcement of Wright’s new duties appeared in local media including The Houston Defender and Houston Forward Times as well as on the City of Houston News Blog.

According to a city press release, Wright currently served as the deputy director of the city’s north side collection activities, which comprises more than 240,000 single and multi-family homes.

The native Houstonian is a graduate of Wheatley High School and continued her education at Texas Southern University and UHD. Her career with the city began more than 37 years ago, starting with the Houston Public Library.

“I am very humbled and excited about the opportunity to serve as interim director. I’m here to continue to serve the citizens of Houston to the best of my ability; and I assure you that our team of talented and dedicated employees are just as committed,” Wright said in a written statement.

As an active member in the community, Wright donates her time and skills toward the enrichment of neighborhood programs. She has played a vital role in every significant department challenge over the past years, including its response to Tropical Storm Allison, Hurricanes Rita, Katrina, Ike, and Harvey, the coronavirus pandemic, and city-wide anti-litter abatement projects.

Do you know of UHD Alumni that have been featured for their achievements in print or electronic media? If so, drop us a line here!